Hi I am Kevin I am restoring my wife's Granddaddy's 1933 International B-3 this blog was created for two reasons. First for family and friends to follow my progress and second to tell the history and future of this truck. For me it all started in September of 2010. My Wife, Son and I went to New Mexico to visit her Great granddaddy. As I met this man(granddaddy) for only the second time to me he was the perfect picture of the south west. He had rough leathery skin browned by years of working in the sun, a unstoppable need for the outdoors this man almost 90 years old. He looked at me and asked if i could drive a stick? And I not knowing what was next reluctantly said "Yes Sir". Not even two seconds later this man (Granddaddy) was out of his chair and walker in hand was out the door!. I left standing there in a stupor for a second my wife looks at me and says "He is going to leave with out you!". So out the door I went not knowing what was next. He put his walker in the back of a truck and tells me to get in. Seconds later I was on the ride of my life(and praying for it at the same time!) Granddaddy explained what we were doing. He told me(while driving 50  miles and hour across the New Mexico desert!) that a truck and generator needed to be brought up from a well pump in a lower field about four miles away. On our way there he said "I have something to show you." Just then it came in to sight a tall wooden structure next to wind mill as we got closer I realized that attached to this wooden structure was a old truck! I have always liked older cars and trucks. Then what came next I couldn't believe. He said that the large wooden structure was a well drill " The old turn and chunk style." He preceded to tell me that his father and uncle were running the well drill in 1944 when the bit head got stuck about 100 feet down, they worked and worked for days trying to free the well drill. After two blown motors and 15 feet of kinked well casing they decided to give up! Then I started to ask why was the truck still there? Why didn't they just pull the truck out? Then he told me that they didn't have a way to lift and support the drill to get the truck out. So then I asked so the truck ran?. And he said "yes!" that his dad had him go and start the truck and keeping running for months after. He told me that after the battery died he quit trying to start the truck. At this point my hart is pounding I look around this awesome piece of machinery, not just that! history! and it looked all there and in good shape. It was a Old International late 20's early 30's I thought to my self. I wanted to ask him if I could buy it right there! But I knew I would be turned down he seemed very attached to this memory, this truck. So all I could get out was that that would be a great truck to restore! and he said "yep a lot of work!" And I said "yes but for some one like me I find that fun." As we continued all I could think about was that truck! He told me how he would like to see some one fix it up one day. A few Years later in I got up the nerve to ask him if I could buy it and he told me that he was not quite ready to sell that truck and it would be a lot of work to get the drill out from under it but next time I came down we would talk about it. The next year was tough Granddaddy was in bad health. I had talked to my wife's grandmother about the truck before and that I would love to restore it. She told me that he was not ready to part with things quite yet but she would remember me when that time came. In April of  2014 Granddaddy passed away. After the funeral my wife's grandmother(Grandmama) called me to see if I was still wanted the truck." Absolutely" I said. So on June 1st of 2014 my father and me headed to New Mexico with a trailer! I wish I  could have talked to Granddaddy more the man was a wealth of knowledge and history he grew up in the great depression where you did not get rid of any thing you couldn't use for something and life was as Chris LeDoux said Simple as Dirt! That is all this man did for his whole life was farm and I want to honor this man, this time, this way of life. 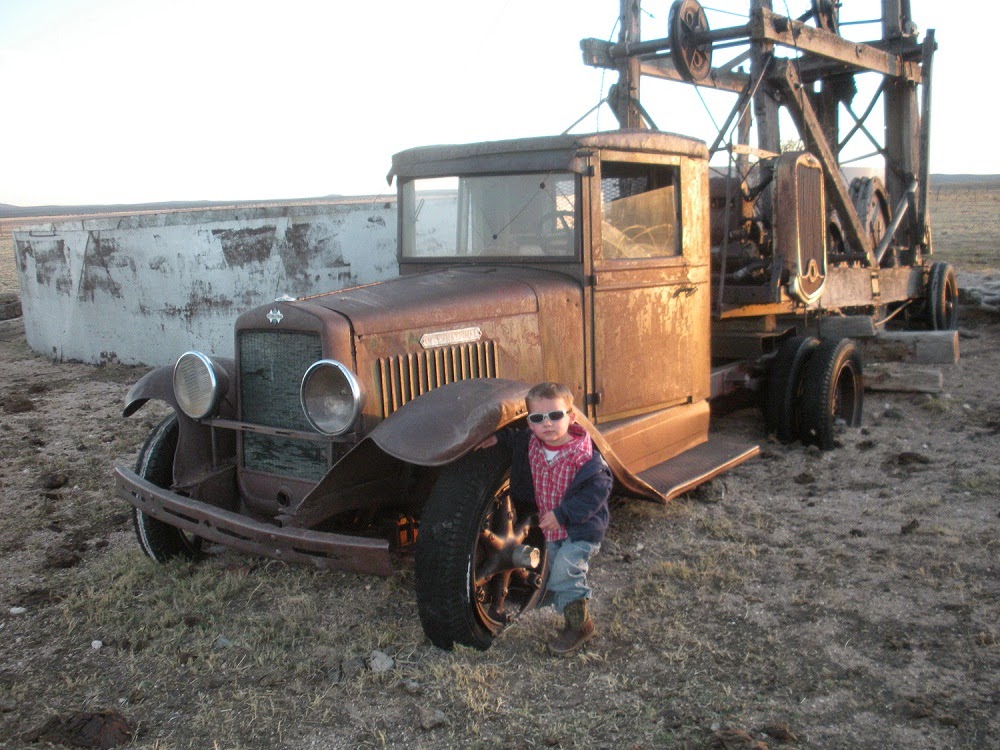 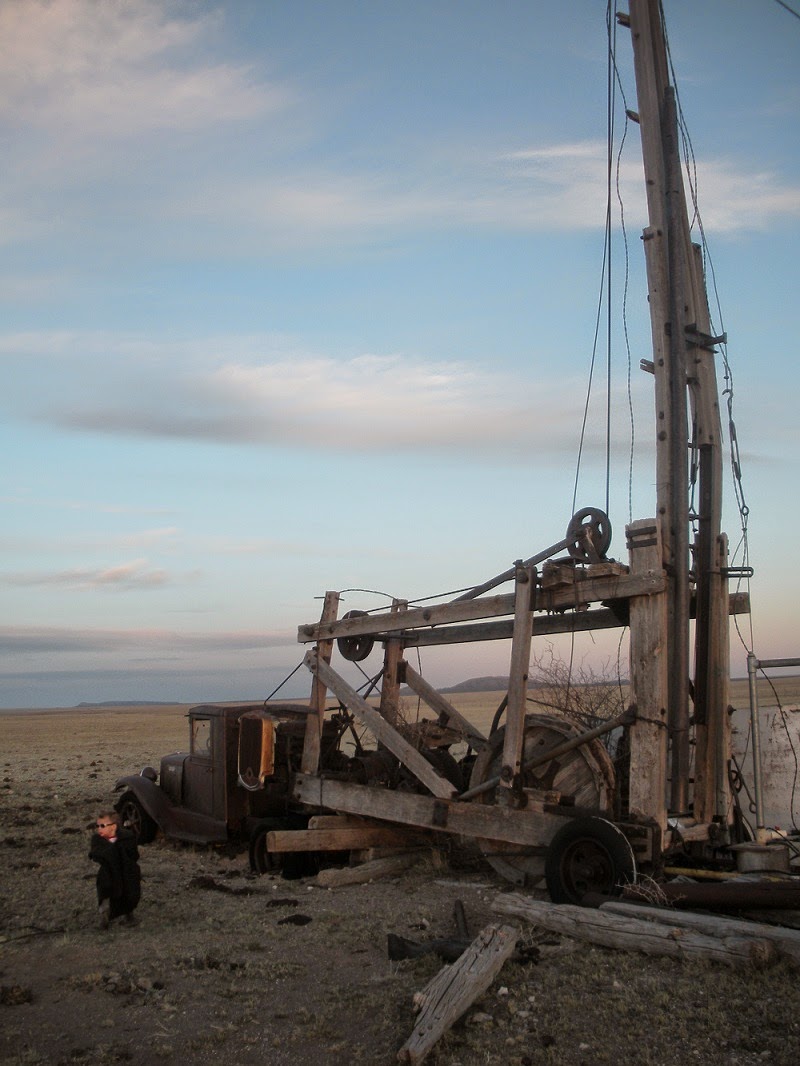